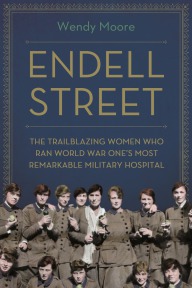 My latest book tells the story of the suffragette doctors, Louisa Garrett Anderson and Flora Murray, who set up and ran the Endell Street Military Hospital in the heart of London in World War One. It is published by Atlantic Books in the UK and - as No Man's Land - by Basic Books in the US.

Order No Man's Land from Amazon US 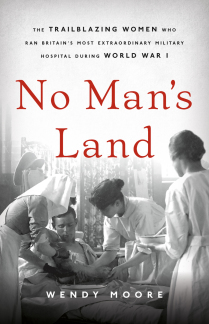 Praise for Endell Street and No Man's Land 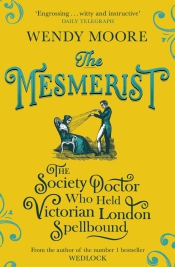 The Mesmerist tells the true story of the mania for mesmerism - hypnotism - that gripped Victorian Britain. Championed by John Elliotson, a respected doctor and professor of medicine, mesmerism drew widespread support from scientists, aristocrats and intellectuals including Charles Dickens and William Makepeace Thackeray. Hundreds declared themselves cured by mesmerism while others underwent surgery with no sign of pain. Elliotson even founded a mesmeric hospital. Yet ultimately mesmerism was defeated by a conservative medical profession insisting that doctor knows best. The potential benefits of hypnotism were lost to medicine and are only now being gradually realised once again.

Guardian Book of the Day - 'lively study .. told with gusto'

'Wendy Moore is an expert guide to the world of early 19th-century medicine, and this fascinating book is packed with buccaneering, larger-than-life doctors and gruesome operations, as well as the minutely documented antics of the Okey sisters' - Spectator 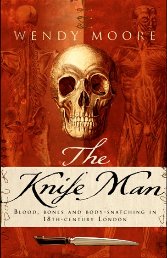 The Knife Man: blood, body-snatching and the birth of modern surgery

Revered and feared in equal measure, John Hunter was the most famous surgeon of 18th-century London. Rich or poor, aristrocrat or human freak, suffering Georgians knew that Hunter's skills might well save thier lives. But if he failed their corpses could end up on his dissecting table, their bones and organs destined for his remarkable museum. Acclaimed today as the father of modern surgery, Hunter advanced biological understanding and anticipated the evolutionary theories of Darwin. He provided inspiration for both Dr Jekyll and Dr Dolittle.

'A gruesome but fascinating biography ... Definitely not for the squeamish, this visceral portrait offers a wonderful insight into sickness, suffering and surgery in the 18th century. Excellent' - The Guardian 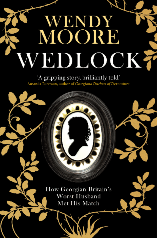 Mary Eleanor Bowes was the richest heiress in 18th-century Britain. Married at 18 to John Lyon, the 9th Earl of Strathmore, she was great-great-great-great- grandmother of the current Queen. But when her husband died and left her with five children she fell under the spell of a charming Irish soldier, Andrew Robinson Stoney. When Mary heard her gallant hero was mortally wounded in a duel she felt she could hardly refuse when he asked her to marry him. Yet within hours of the wedding Stoney underwent a miraculous recovery and Mary found herself trapped in a brutal marriage. Wedlock tells the remarkable true story of Mary's triumph and revenge.

'The best biography that I have read in a long time. It's gripping ... addictive' - Mail on Sunday 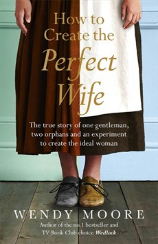 How to Create the Perfect Wife: the true story of one gentleman, two orphans and an experiment to create the ideal woman

Summer 1769. Eccentric and wealthy English gentleman Thomas Day knew exactly the kind of woman he wanted to marry. Unfortunately he could not find her in the drawing rooms of fashionable 18th-century society. So Day came up with an extraordinary idea. He took two girls, aged 11 and 12 from the Foundling Hospital in order to educate them and choose the best candidate for his wife. Inevitably, Day's plan did not go well.

'In this enthralling, brilliantly researched book, Wendy Moore has uncovered a story so weird that you have to keep reminding yourself that it actually happened' - Mail on Sunday

Buy How to Create the Perfect Wife